Posted on November 5, 2014 by NutsforNutrition

So luckily we didn’t have a super late night for the bachelorette party, because we had a full day and night ahead of us.

My bridal shower was at 4, so we all went to my aunt’s house earlier to get all the decorations done for the wedding reception.  I was so appreciative of everyone’s help, cause there was lots to do! We had to decorate all the mason jars for the tables at the reception, and stuff all favor bags with coffee.

The girls did a great job on the mason jars, Amanda was project manager! It was so nice to spend this time crafting and getting everything ready with everyone.

Once Bonnie arrived with the food, it was time for the bridal shower to start.

My brother’s girlfriend and my aunt were so sweet to plan my bridal shower for me.  It was a lingerie themed party, so I had lots of lingerie to open up! 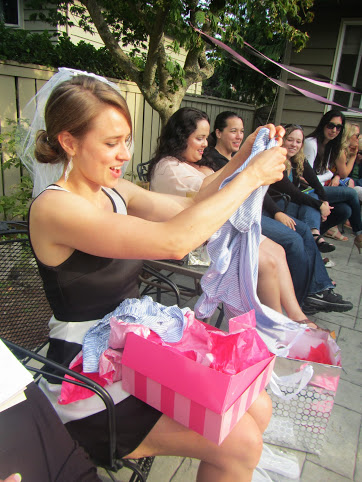 The risque-est thing I got was from Greg’s sister and the laughs that I got when I opened it was hilarious! A little awkward being from his sister and having my future mother-in-law and my mother there!

My aunt picked up some of my favorite cupcakes for the party, the carrot cake ones are to die for and they are so big! 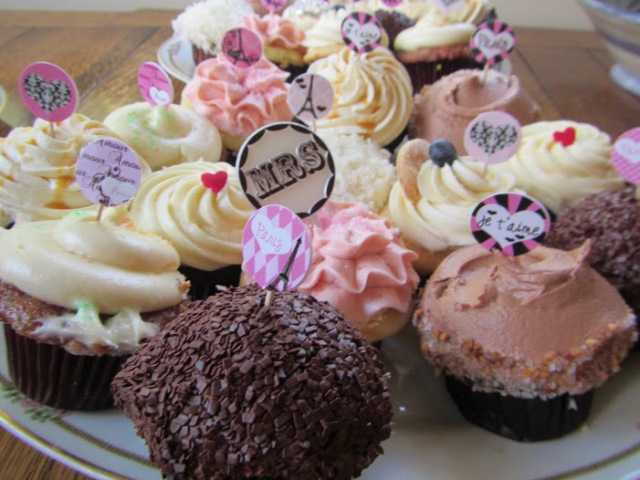 After the shower, we all met up with the boys at a Minnesota themed bar for my little brother’s birthday.  The restaurant has the famous Juicy Lucy burgers that Minnesota is famous for, a burger stuffed with american cheese that oozes out when you bite into it, can’t go wrong! Someone ordered poutine, how have I never had this before?! so good! 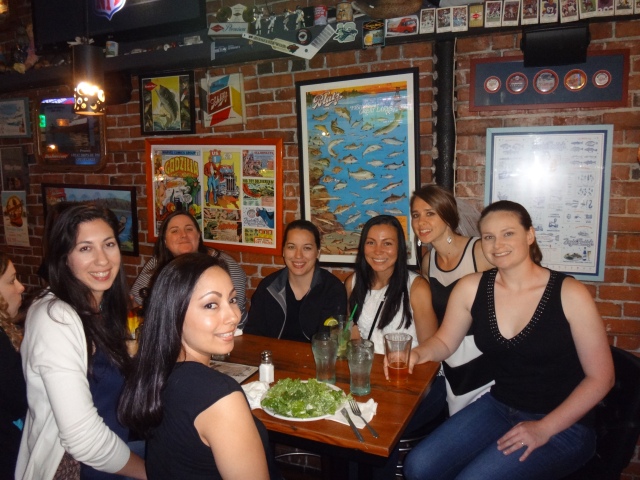 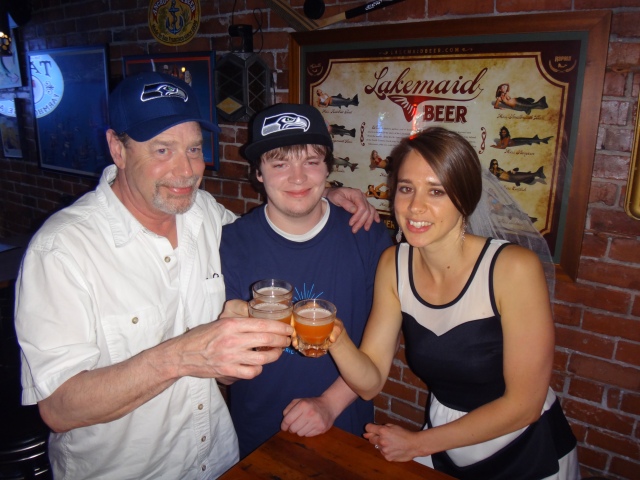 Free shots for the father of both the birthday boy and bride to be!

More cherished time spent, and memories made with my family and friends, it was such a fun day and night I wish time could’ve slowed down.

Next day was the wedding rehearsal at the church and dinner!