Lots on Friday in Copenhagen

Posted on April 1, 2016 by NutsforNutrition

We had Easter Friday and Monday off from work and wanted to take advantage of the days for some more European travel! We went to Munich last year, this year we decided on Copenhagen.

I also took Thursday off of work for my interview with King’s College.  I didn’t get an interview there last year, but heard the process is very intimidating, and more of a knowledge interview on nutritional sciences, public health, research methods etc than the interview I had at London Met last year which was more what’s your experience, what skills does a dietitian have etc.  Ever since I found out I had an interview I’ve been brushing up on all the relevant information I thought I would need to know.
The interview process had changed this year, we were asked 5 questions by 5 different people to give you a fair opportunity, so if you messed up one or made a bad first impression, you had 4 more chances to regroup and try and do better.  We had 5 minutes only to answer each question, and had 90 seconds inbetween each station, it flew by!

They told us there were 300+ applications and they only selected 60 for interviews, however there are only 9 places on the masters course so its a tough one! We will find out at the end of April, luckily we will be on vacation for half of the month so the time will be flying by then.

One of Greg’s friends who he has known since he was 5 lives in Copenhagen, so he kindly met us at the airport when we arrived on Thursday night.  He showed us around and we stopped at a local pub to have some drinks.  I tried their own version of diet coke- I only took a couple sips! It tasted like a very old, stale soda.

Sites: On Friday we took a boat tour along the canals.

We headed to the top of the Rundetarn afterwards for some views of the city, it was nice but was a bit of a gloomy day.

Unfortunately the famous Tivoli Gardens amusement park wasn’t open for the season until April 6th.  It looked like a magical Willy Wonka world!

Saturday was a beautiful day- we headed  to Rosenborg Castle and then walked to Fredrik’s Church, it reminded me of St Paul’s Cathedral.  After that we met up with James, his girlfriend and daughter at a local Danish bakery. 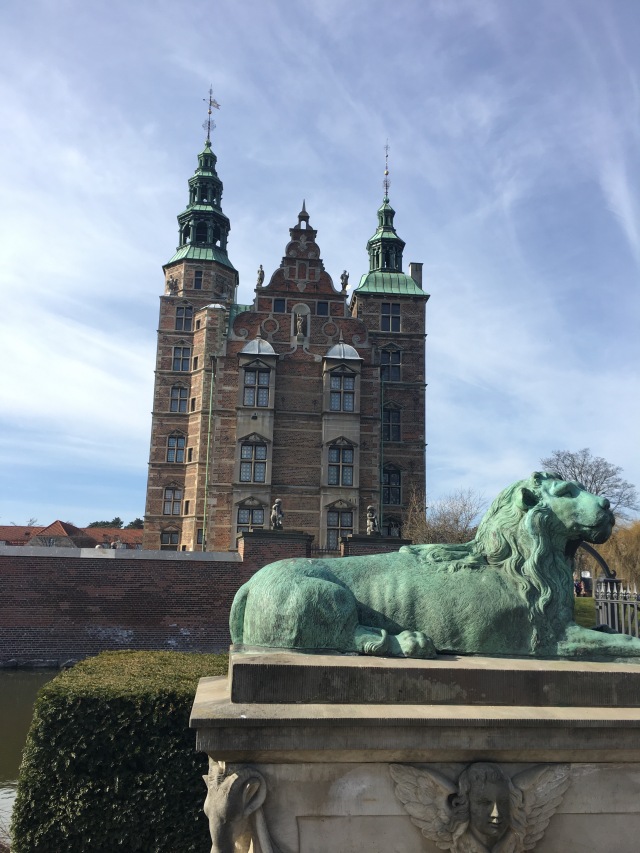 Easter Sunday was our planned trip to Malmo in Sweden, its only 30 minutes away by train.  Unfortunately, like we found out in Munich last year, everything shuts down for Easter so the town was a ghost town.  We checked out the fortress/castle there, had some lunch, checked out St Peter’s church and headed back to Copenhagen! 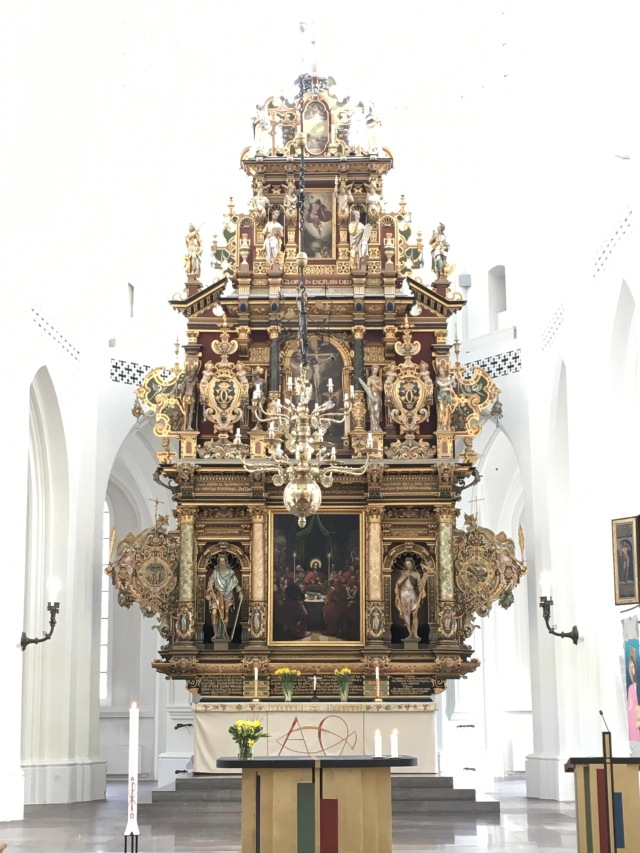 Monday was our last day to see anything we hadn’t had a chance to see yet. I heard about and spotted it from our boat tour and wanted to visit the Church of our Saviour.  You can actually walk to the very top, but it was pretty windy that day so I think they stopped it since there’s not a whole lot of railing! 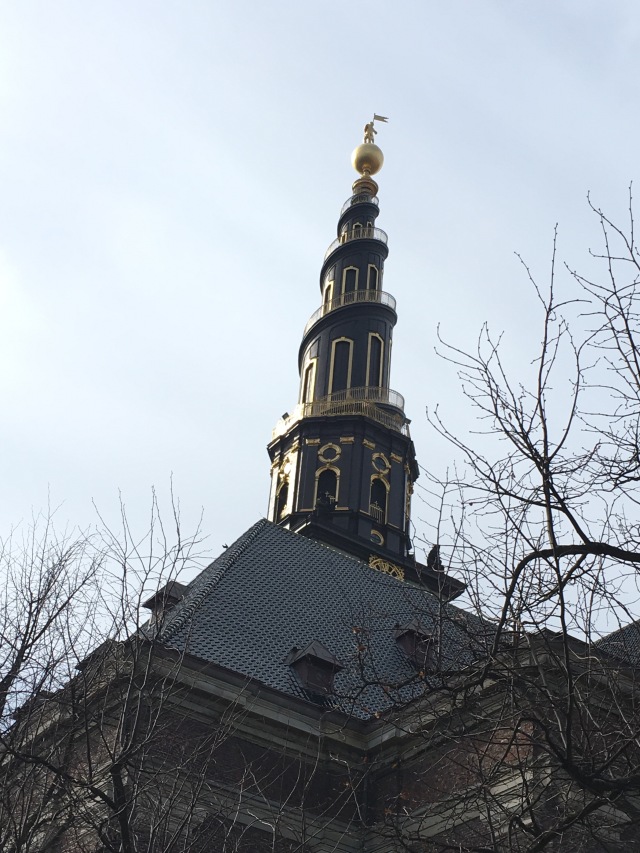 We then headed to Christianborg castle to check out the ruins under the castle from where the previously castle was before it was burnt now. 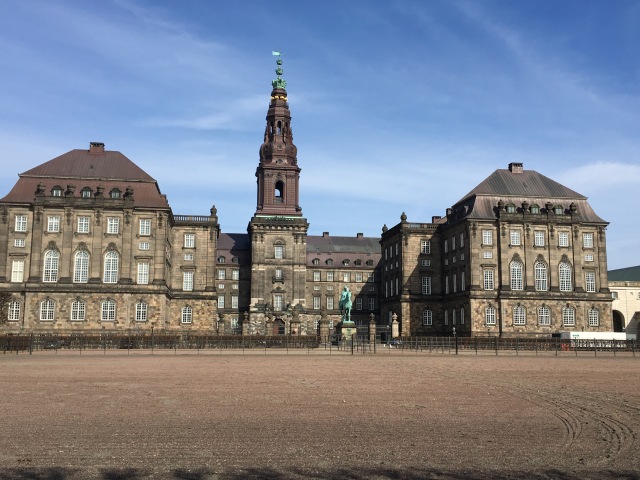 Eats: On Friday we walked to a local food market not too far from our hotel, we had grilled sandwiches and split a delicious cinnamon Danish pastry.

We went to a BBQ place for dinner called War Pigs that was delicious and pretty close to being as good as my Texas BBQ!  I got pork sholder and a sausage with a side of mac and cheese and hush puppies.  I haven’t had hush puppies in years! Reminds me of my grandma’s cooking.

We walked back to our hotel and stopped at a little cafe by our hotel for some dessert and coffee.  I had a piece of carrot cake- check out the layer of cream cheese frosting!

Saturday we headed to the famous La Glace.  They were only opened on Saturday while we were there.  Their cakes looked amazing, but it was a bit too early since we hadn’t had anything to eat yet for a big slice of cake and we were having burgers for lunch so I didn’t want to ruin my appetite.  I went with the Mocha Eclair.

We went to Halifax burgers for lunch.  We both went with the Zurich burger with cheese, bacon and a potato rosti on top-delicious! The more potato the better.

For dinner we had plans to go to a local pizza restaurant that had really good reviews, unfortunately it was closed all weekend for Easter.  We decided to get a cab back to the area where War Pigs was because there was another popular pizza restaurant there and other restaurant options.  We went to the pizza place, Mother, but there was a 45 minute wait.  It was already 8pm and we were both starving, so back to War Pigs we went.

I got the pork shoulder and sausage again- pork shoulder is my new favorite, so flavorful and tender.  I went for the burnt ends beans instead of the mac and cheese, the beans were amazing.  Being from Texas and growing up on beans I have a high bean standard!

I wanted to go back for some dessert again, but the little cafe and everything else was closed for the night, so we just went back to our hotel which was probably for the best anyway!

On Sunday, we stopped at a little bagel place on the way to the station to get some breakfast.  I had an egg, cheese and turkey bacon bagel, and they also put cream cheese on it.  Was a nice touch!

We had another burger place that was ranked high on Trip Advisor in Malmo, but it was closed.  We just ended up going to a little square that had restaurants open. I had a chicken and bacon sandwich with some salad on the side, I don’t think I had more than 2 servings of vegetables the entire trip.  My body was definitely cravings some greens.

For dinner all I wanted was pizza! We decided to give Mother a try because of it’s high Trip Advisor waiting and it was always so busy every time we walked by.  I read some recent reviews that weren’t very good so was a bit worried.  Unfortunately everything the bad reviews said were right.  We got there and was told it would be a 20 minute wait and ended up being around 45 minutes.  We ordered brushchetta for an appetizer, that never came until after our pizzas arrived and we had to ask for it again.  Greg ordered the pepperoni pepperoni pizza and it came without any pepperoni! Our waiter was like oh, guess they forgot.  I ordered ham, mozzarella and mushrooms.  It was very bland, didn’t seem to have any flavor, was just a bit of dough with some cheese ham and mushrooms thrown on it.  Oh well, at least I have Grimaldi’s pizza in NYC and Las Vegas that won’t disappoint to look forward to! Our last day we decided to head to Copenhagen’s Street Food Market that we saw on our boat tour. It was such a cute little place, with so many delicious options!

We had yet to try the famous Danish smørrebrød, or open faced sandwiches so Greg got a pork one to try.  The pork was really tasty, but it had a bit too much horseradish  mustard for my liking. 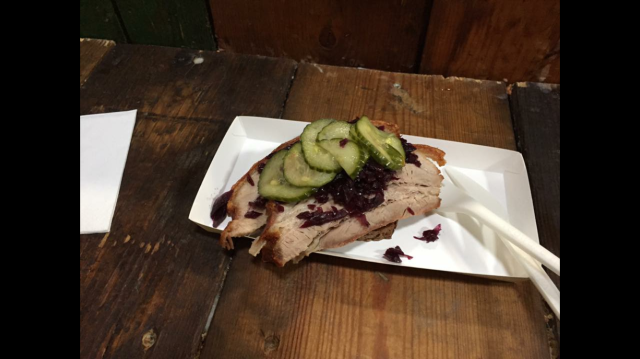 I decided to get some Belgian duck fat fried fries with a French ham and cheese toastie.  Was amazing!  Greg got some spicy sausage and fries too. 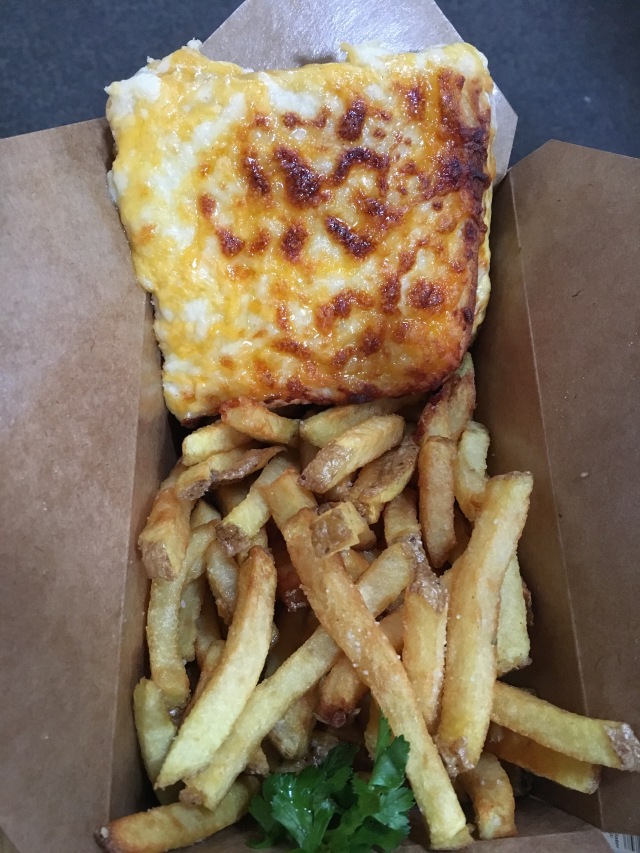 We luckily got in a good amount of exercise.  The weather was beautiful and sunny on a few of the days, and there was a cute little park about a quarter mile from our hotel that had a decent loop to run around.  I got in about 5K both days. 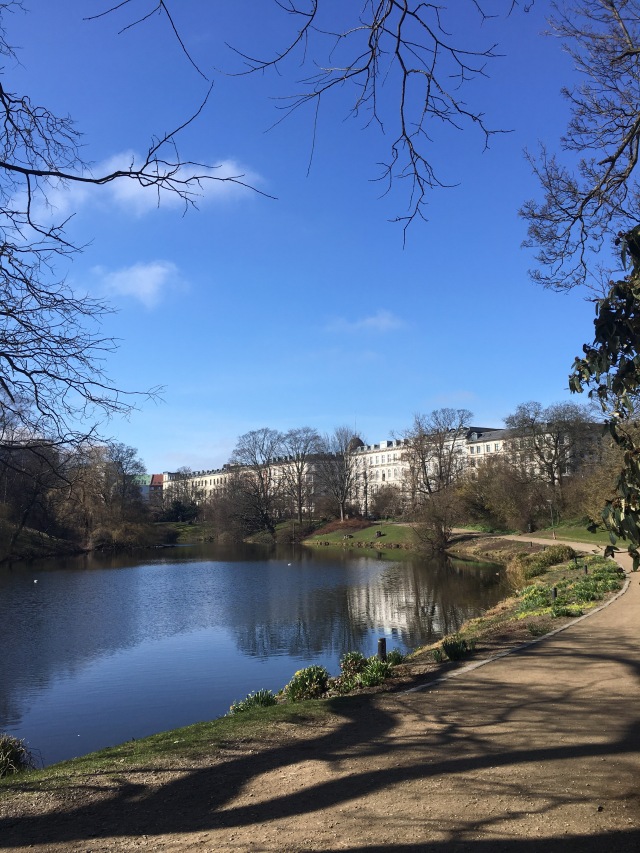 The rest of the time our exercise came in the form of walking.  We walked EVERYWHERE.  Nothing was really too far from each other so at the end of our trip I felt like we walked all of Copenhagen.  One of the days My Fitness Pal step tracker clocked in at 35,000 steps -16.35 miles! Good way to do some damage control. 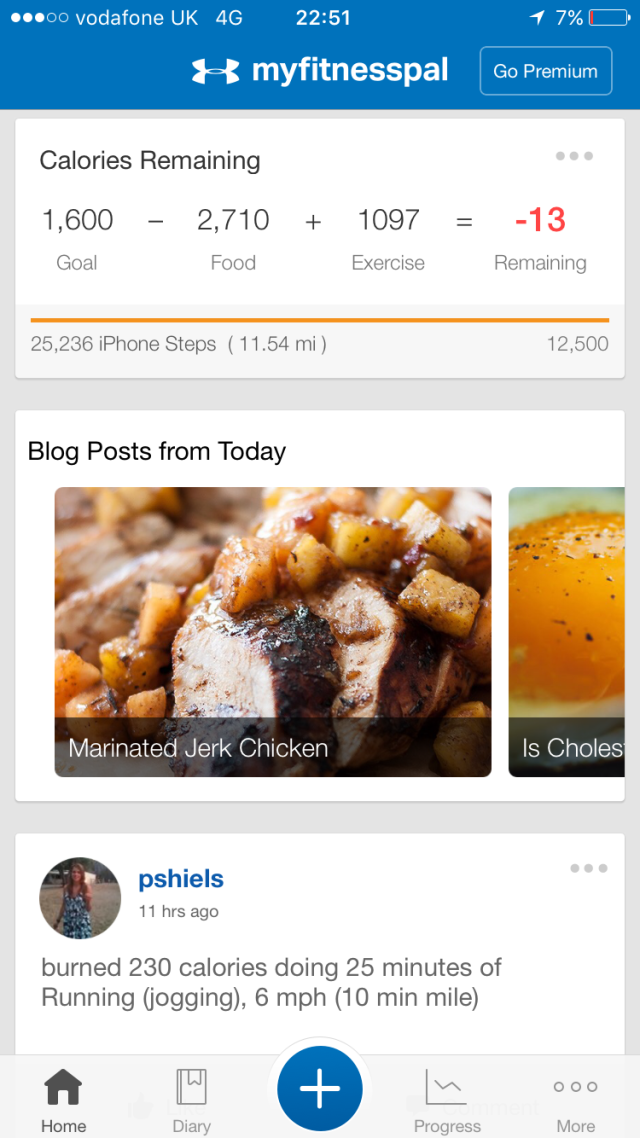 That was it for our Easter weekend, only 8 more days of work left till we are back to the USA!!

2 Responses to Lots on Friday in Copenhagen